Val Kilmer (born December 31, 1959) is an American actor who first became popular during the mid-1980s for his various comedy appearances and won critical praise for his scene-stealing performances in '80s and '90s hits such as Willow, The Doors (with Michael Madsen), Tony Scott and Jerry Bruckheimer's Top Gun, Tombstone (with Kurt Russell), Joel Schumucher's Batman Forever, Stephen Hopkins' The Ghost and the Darkness, Michael Mann's Heat and Scott's Deja Vu (with Denzel Washington). 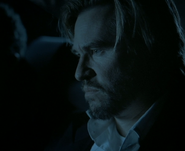 Appearing in MacGruber
Add a photo to this gallery
Retrieved from "https://die-hard-scenario.fandom.com/wiki/Val_Kilmer?oldid=28747"
Community content is available under CC-BY-SA unless otherwise noted.