Michael Paré (born October 9, 1958) is an American actor best known for his roles in films such as the Eddie and the Cruiser comedy franchise, the cult hit Streets of Fire (with Willem Dafoe) and recent films such as the horror flick 100 Feet (with Famke Janssen). Michael also appeared in short-lived but popular TV shows such as "The Greatest American Hero" and "Starhunter".

He appeared as the heroic protagonist in the low-rent Die Hard knock-off The Last Hour, as heroic support in the rip-off Crash Landing and as the main villain in Maximum Conviction, among others. 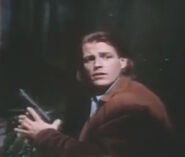 Appearing in The Last Hour 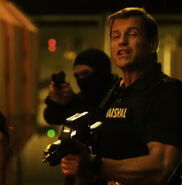 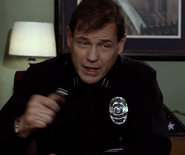 Appearing in Checkmate
Add a photo to this gallery
Retrieved from "https://die-hard-scenario.fandom.com/wiki/Michael_Par%C3%A9?oldid=27749"
Community content is available under CC-BY-SA unless otherwise noted.