Michael Cavanaugh (born November 21, 1942) is an American actor has performed in more than 140 films since and television shows after formerly serving in the Navy and performing as a stage actor. His film credits include: The Enforcer, Heroes (with Harrison Ford), Gray Lady Down, A Rumor of War (with Laurence Fishburne and Stacy Keach), Any Which Way You Can, Iron Eagle, Kid (with R. Lee Ermey and C. Thomas Howell), Donato and Daughter (with Xander Berkeley), A Passion to Kill, Night Hunter (with Don "The Dragon" Wilson, James Lew, Sophia Crawford and Ron Yuan), Breast Men, The Haunting (1999, with Liam Neeson and Owen Wilson), Warden of Red Rock, Red Dragon (with Anthony Hopkins), Andrew Davis' Holes and Peep World.

Michael has has recurring roles on shows such as "Santa Barbara", "Starman", "Vanishing Son", "C-16: FBI" (with Eric Roberts, Zach Grenier and Glenn Morshower), "24", "Monk", "Shark" and "The Young and the Restless" as well as the 1991 "Dark Shadows" mini-series (with Ben Cross). Most of his other credits have been guest appearances on other shows. He is not to be confused for the other longtime character actor Robert Miano.

Appearing in Escape Under Pressure 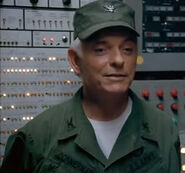 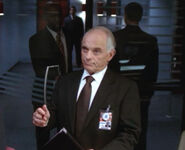 Appearing on The Unit
Add a photo to this gallery
Retrieved from "https://die-hard-scenario.fandom.com/wiki/Michael_Cavanaugh?oldid=23460"
Community content is available under CC-BY-SA unless otherwise noted.