John Leguizamo (born July 22, 1964) is a Columbian-American actor best known for his foray into stand-up comedy, singing and challenging dramatic roles. He has appeared in films such as Casualties of War, Whispers in the Dark, Hangin' With the Homeboys, Regarding Henry (with Harrison Ford and Bill Nunn), Carlito's Way (with Viggo Mortensen), Romeo + Juliet, Summer of Sam, Moulin Rouge (with Nicole Kidman), the Ice Age movies, Land of the Dead (with Dennis Hopper), Sueno (with Nestor Serrano), The Take, Nothing Like the Holidays, Kick-Ass 2 and Fugly (with Radha Mitchell). 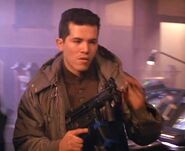 Appearing in Out for Justice 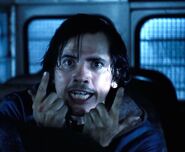 Appearing in Assault on Precinct 13 (2005 version)

Appearing on The Kill Point

Appearing in John Wick
Add a photo to this gallery
Retrieved from "https://die-hard-scenario.fandom.com/wiki/John_Leguizamo?oldid=29674"
Community content is available under CC-BY-SA unless otherwise noted.