He also made other film appearances in State of Grace (with Ed Harris), Léon: The Professional, True Romance (with Christian Slater, Tom Sizemore and Samuel L. Jackson), Murder in the First (again with Slater), The Contender (with Joan Allen and Jeff Bridges), Hannibal (with Anthony Hopkins and Julianne Moore), The Backwoods, The Book of Eli (with Denzel Washington), Lawless (with Tom Hardy and Guy Pearce), 2014's Robocop (again with Jackson) and Dawn of the Planet of the Apes (with Thomas Rosales Jr.).

He also had voice roles for Quest for Camelot (with Pierce Brosnan), the 2009 animated version of A Christmas Carol, Planet 51 and Kung Fu Panda 2 (with Jean-Claude Van Damme and Dennis Haysbert). 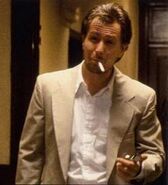 Appearing in Léon: The Professional 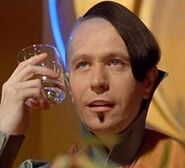 Appearing in The Fifth Element

Appearing in The Dark Knight 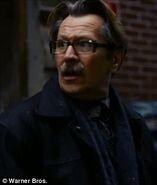 Retrieved from "https://die-hard-scenario.fandom.com/wiki/Gary_Oldman?oldid=31743"
Community content is available under CC-BY-SA unless otherwise noted.