Walter Bruce Willis (March 19, 1955), known professionally as Bruce Willis, is an internationally renown German-born American actor, made famous by his role in the original 1988 Die Hard. He has since reprised the role of John McClane in all of its sequels, something no other actor has accomplished; Die Hard 2, Die Hard with a Vengeance, Live Free or Die Hard and A Good Day to Die Hard. Willis later appeared in a 2005 adaptation of the Robert Crais novel of the same name, entitled Hostage, which was based on Robert Crais' best-selling novel of the same name, co-produced by Willis and his production company, and bared resemblance to the Die Hard formula. In 2006, he starred in another similar role for the well-received crime thriller 16 Blocks.

Willis appeared in the number of successful movies, including: Pulp Fiction (with Samuel L. Jackson, Peter Greene, Ving Rhames and John Travolta), 12 Monkeys (with Brad Pitt), Michael Bay and Jerry Bruckheimer's Armageddon (with Steve Buscemi and Henry Kingi), The Sixth Sense, Unbreakable (once again with Jackson), Sin City (with Powers Boothe, Rosario Dawson and Michael Madsen), The Whole Nine Yards and its sequel The Whole Ten Yards, the RED trilogy (with Morgan Freeman and Karl Urban), Moonrise Kingdom, Looper (with Joseph Gordon-Levitt) and G.I. Joe: Retaliation (with Channing Tatum and Arnold Vosloo). He also had a lead voice acting role in Over the Hedge (with William Shatner). Willis most recently appeared in an updated Broadway version of the Stephen King novel Misery, which had previously been adapted into a 1990 film version. 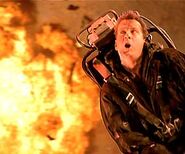 Appearing in The Last Boy Scout

Appearing in Die Hard 3: With a Vengeance

Appearing in The Fifth Element

Appearing in The Siege 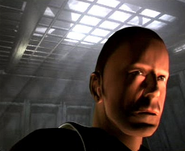 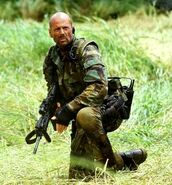 Appearing in Tears of the Sun

Appearing in The Whole Ten Yards

Appearing in Cop Out

Appearing in The Cold Light of Day

Appearing in Fire with Fire

Appearing in A Good Day to Die Hard

Appearing in The Prince

Appearing in Extraction (2015)
Add a photo to this gallery

Retrieved from "https://die-hard-scenario.fandom.com/wiki/Bruce_Willis?oldid=28867"
Community content is available under CC-BY-SA unless otherwise noted.