Andrew Divoff (born July 2, 1955) is a Venezuelan-Russian character actor who is perhaps best known for his roles in Horror and Action movies where he often portrays villains of either Hispanic or Russian ethnicity.

Divoff has appeared in a wide range of films, not to mention six Die Hard scenario films which include: Toy Soldiers as the villain Luis Cali, in Interceptor as the protagonist Christopher Winfield, in Air Force One as supporting henchman Boris Bazylev and in the 1997 Albert Pyun film Blast as the main antagonist Omodo.

Divoff is perhaps best known for playing the villainous Djinn character in the first two installments of the Wishmaster horror franchise while having supporting roles in movies such as Graveyard Shift (with Brad Dourif), Another 48 Hours (with Eddie Murphy), A Low Down Dirty Shame (with Sven-Ole Thorsen, Henry Kingi and Thomas Rosales Jr.), Deadly Voyage, Faust, Lockdown (with Richard T. Jones), Blue Hill Avenue and Indiana Jones and the Kingdom of the Crystal Skull (also with Harrison Ford). Divoff has also appeared in various B-movies by Albert Pyun. In 2011, he appeared in the indie comedy Slip & Fall, co-starring William Forsythe. In 2014, he appeared with series lead Danny Trejo in Bad Asses, the sequel to 2012's Bad Ass. 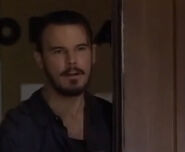 Appearing on The Unit 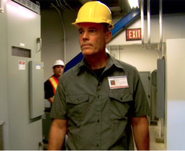 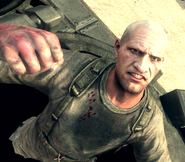 Appearing on The Blacklist
Add a photo to this gallery
Retrieved from "https://die-hard-scenario.fandom.com/wiki/Andrew_Divoff?oldid=29179"
Community content is available under CC-BY-SA unless otherwise noted.